So today myself and Alexa went to The Shape of Light exhibition at the Tate Gallery. An exhibition dedicated to 100 years of abstract photography and art. Unfortunately photography wasn’t allowed so I have very little to show other than stock shots.

Shape of Light is the first major exhibition to explore the relationship between the two, spanning the century from the 1910s to the present day. It brings to life the innovation and originality of photographers over this period, and shows how they responded and contributed to the development of abstraction.
Key photographs are brought together from pioneers including Man Ray and Alfred Stieglitz, major contemporary artists such as Barbara Kasten and Thomas Ruff, right up to exciting new work by Antony Cairns, Maya Rochat and Daisuke Yokota, made especially for the exhibition.

I must admit to firstly being somewhat underwhelmed at the exhibition. Some of the work was amazing whilst other pieces left me wondering why they were included in an abstract art exhibition as they were nude figures and to me abstract should Be something that leaves you wondering what it is or how the artist intended you to perceive it. Now, I have seen others use human forms in abstract but in a subtle way so the images I saw seemed very out of place amongst the macro/cyanotypes/minimalist and other more experimental works on show. 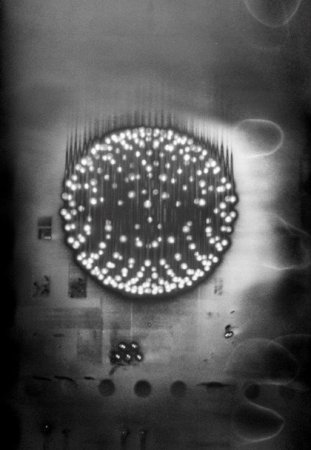 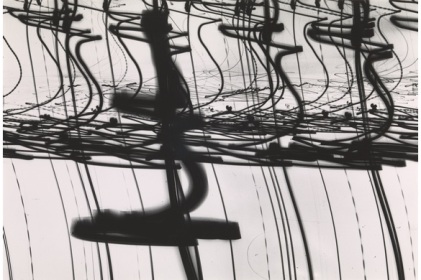 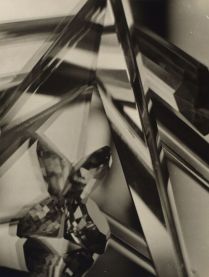 Overall the more abstract Imagery from some of the Russian and German influenced schools of photography were the more experimental images and the cubist influence showed in many of the photographic images (as well as the more usual painted canvases) which had shadows and patterns on concrete cast by objects.

There was even an installation of Images which at first I thought were negatives but turned out to be images that the artist London-based Antony Cairns had uploaded to kindle screens. When they set in the e-ink he has taken the screens out so the image was permenantly fixed into the electronic ink. His shadow-images of London at night have a ghostly atmosphere. The e-ink screens were framed in Perspex and shown in a large grid, each one a glimpse of a cityscape, indistinct yet recognisable, familiar yet unknowable.

Some works really stood out for me as very relevant to the Decay project I am Working on and those were works by Aaron Siskind concentrating on surface and texture as an abstract subject and this is the work I found to be most interesting, the sometimes subtle tonal changes contrasted with massive shifts in inage contrast and tone between the peeling paint and rusting surfaces which is exactly what I am Looking at for this terms project. Showing that surfaces are in constant transition either through decay, vandalism or improvement. 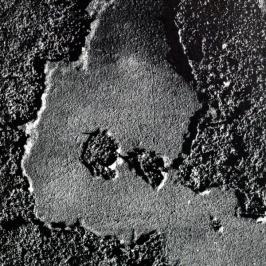 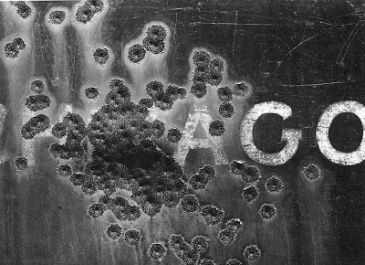 2 thoughts on “Shape of light exhibition”